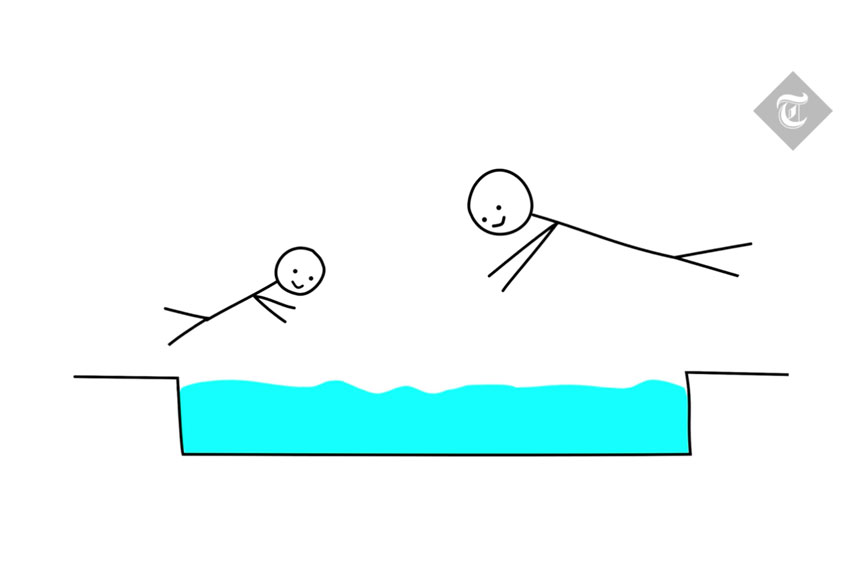 • Over 5,000 pre-school children will be left in the care of a lifeguard over the next six weeks1 as one in eight (11.7%) holidaymakers admit they treat lifeguards as babysitters.

• In a survey of 1000 16-44 year olds, more than half (55.3%) criticised parents and carers for leaving children unsupervised around the pool, and two in three holidaymakers (71%) agreed parents should do more to supervise and keep the poolside safe.

As around 25,0002 families with young children (aged under five) head off for a holiday in the sun over the next six weeks, new research highlights the worrying absence of parental poolside supervision – a key factor in the 25 drownings in holiday pools each year3 and 500 serious pool accident or near-drowning incidents each year4.

According to the Safer Tourism Foundation – a charity dedicated to preventing accidents, injury and illness for Brits travelling abroad – parents are putting children at risk, and under-fives are especially vulnerable. The study of 1000 16-44 year olds reveals one in eight (11.7%) parents would leave their kids unattended if a lifeguard was present and almost three quarters (71.2%) of those questioned claimed they had seen other parents leave their children unsupervised at the pool.

Safer Tourism’s CEO Katherine Atkinson said: “Our data on holiday accidents identifies a worrying trend for some British holidaymakers to treat lifeguards like babysitters, and the evidence suggests it is pre-school children that are most at risk.
“With 75% of recorded pool incidents attributable to a lack of supervision, our research reveals a misplaced assumption among British tourists with more than half (51.8%) believing lifeguards guarantee a safe pool experience.”
Eight out of ten parents (77%), who typically may worry about their child eating five a day, and limiting screen time, reveal they have not taught their kids about water depth and safe diving, and one in ten (10.2%) admits they never check the depth before diving. One in 16 (6%) parents allow children to remove their buoyancy aids even if they aren’t strong enough swimmers. And one in five mums and dads (21%) have not explained to children how to use chutes and water slides safely.
Despite one in ten of those questioned having experienced or witnessed a serious near-drowning themselves, and one in five having heard about a near-drowning experience, pool safety is at the bottom of the list of things people worry about on holiday. And yet drowning has been named the leading cause of injury for infants by the World Health Organisation, killing 60,000 children under five every year and leaving roughly the same number permanently disabled. It is also the biggest killer of pre-school children in the US3, and one of the biggest killers of under-fives in the UK4.
Deputy Director of Education and Research for the Royal Life Saving Society UK (RLSS UK), Mike Dunn commented: “We understand that parents want to relax on holiday, but lifeguards are not babysitters. Standards for “lifeguards” vary enormously around the world and even where there is a lifeguard on duty, the role may be combined with other duties meaning the pool may not have their full and undivided attention. Lifeguards also have many swimmers to oversee, whereas parents only have their own children, meaning that only parents (or carers) can maintain unbroken and constant supervision of their children. We would advise all parents to ‘be your family’s lifeguard’ and have a safe and enjoyable holiday.”
To alert parents to the hidden dangers at holiday pools, the
Safer Tourism Foundation has commissioned an animation from popular parenting commentator and Hurrah for Gin author Kate Kirby with the advice to:

• Tie up hair and swimsuits: More than 20 serious incidents including near-drownings, were caused by hair or parts of swimsuits being sucked into filters4. Yet the Safer Tourism Foundation’s research showed only one in three parents (31%) said they checked children’s swimsuits for anything that might be dragged into the filtration system.
• Check the pool depth markings: Almost 100 serious incidents4 were caused by diving into pools that were too shallow. Most involved adults and teenagers.
• Look out for symptoms of secondary drowning: Breathlessness, sleepiness, coughing and chest pains are signs that fluid has entered the lungs. Get help straight away.
• Don’t rely on the lifeguard: Drowning children don’t cry out for help and wave to be rescued, they disappear quietly under the surface often unseen and unheard.
Katherine Atkinson, added: “Swimming pools are one of the great features of many family holidays abroad. We want parents to be able to RELAX in and around the swimming pool, confident about the safety of their family, and we have come up with a simple five-step approach to ensure fun in the pool”.

Recce the pool environment when you first arrive at your accommodation. Identify safety features, barriers, slides and chutes, deep and shallow end, whether there is a lifeguard if it’s a shared pool and when they’re on duty. Take a moment to enter the local emergency numbers into your phone when you arrive.

Eyes on the kids – keep a look out always (whether it’s you or someone you trust).

Lifesaving techniques. Make sure you or someone you are with knows how to save lives. There may not be a lifeguard where you are going, so learn some basic CPR. And even if there is a lifeguard, bear in mind they are not substitute parents

Armbands – If they are needed, make sure they stay on at all times. Children often want to go back in the pool even when the time for swimming is over.