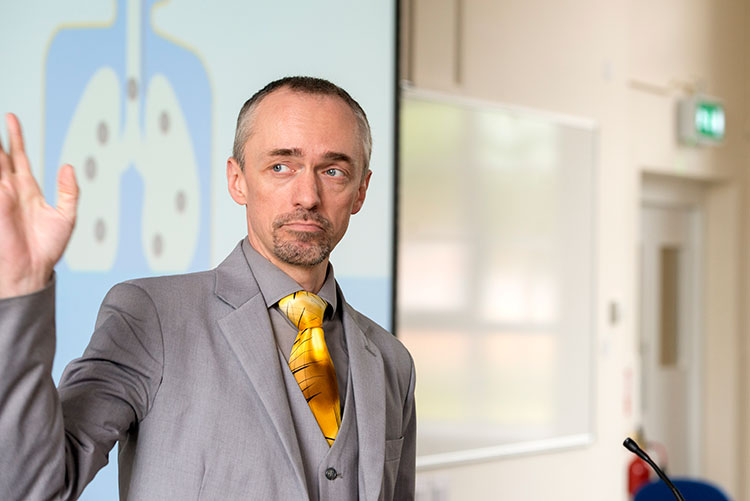 Hazel and I met at a Forensic Science Conference in 2006 organised by me on behalf of the Inforce Foundation. In 2008, we bought a house near Huddersfield from where Hazel commuted to work for West Yorkshire Police in Leeds, and I every two weeks to Cranfield University in Oxfordshire. In 2011, we started to go camping and canoeing, starting with a trip to Scotland, followed by York and then finally Norfolk in July 2011.

The tent has three compartments, two of which are equally sized sleeping quarters. The rest was used for living accommodation. In the sleeping compartment we would usually sleep with our heads towards the outside of the tent and the barbecue we would then put in the living area furthest away from us. When we would bring the BBQ grill into the tent every evening, we always made sure that there were no flames or that it was not still burning.

The living area of the tent has a number of panels which can either be opened completely or covered with a fine fabric mesh to keep insects out but let air in. Normally we close them completely in the evening.

The BBQ grill was a small, two-person version bought from Tesco for around £15. It was about 25cm in diameter and the about the same in height. IT stood on three foldable legs and had in inner and outer bucket apart from the grill tray.

The charcoal we used came in portioned paper bags. In order to light the charcoal, the whole bag is placed in the BBQ grill and the bag set alight. Through some form of accelerant, the charcoal reaches an even state of burning with little effort.

Our trip begun on Friday 1st July 2011. We initially stayed two nights at a camp site at Rutland Water and then travelled to Norfolk where we booked into the site at Clippesby, where we intended to stay for three nights.

On the Sunday we had visited a Stately home on the way from Rutland Water to Clippesby and arrived quite late at the site, at about 6pm. We set up our tent in a small quiet wooded area called The Dell. There was another couple already pitched up next to us. There were also one or two caravans visible through the trees but it was all really quite private.
After a day’s canoeing of The Broads on Monday the 4th, we drove back to the campsite, stopping en route at a Co-op to buy some provisions. This would have been around 6.30pm. On arrival, we set up the barbecue. I first par-boiled four medium size potatoes on the gas cooker and then wrapped them in foil and placed them into the coals to make jacket potatoes. When they were done I barbequed the sausages. By the time our meal was cooked the coals were pretty well burnt out.

It was pretty late by then; perhaps nearly 21:00. So we just read either our books or magazine. At some stage, it was getting cold then so we completely shut up the tent, after having brought the barbecue inside, including any small vent-windows we had. We took particular care to seal the two entrances. Two nights earlier, a little bird had come in through a gap of one entrance, got very confused and it took a while until we had opened everything up to let it out. Since then we were more conscious of closing everything up more tightly by closing the zips completely and lifting the groundsheet up against the bottom strip of the tent.

Around 11pm we got tired and went to the shower block to brush our teeth. When I returned, Hazel was in there first and I was surprised to see that she had moved our sleeping bags, so that our heads were towards the middle of the tent rather than towards the edge of the tent; the way we normally lie. We then closed the sleeping compartment and went to sleep.

The only thing I can remember is a vague image in my head, that during the night I felt being kicked somehow, so maybe Hazel had some sort of spasm related to the carbon monoxide poisoning but it is pure speculation. The next thing I can remember is waking up and lying half in the living compartment. The compartment divider was unzipped and only my legs were in the sleeping compartment. And I was lying on my right arm; had considerable pain in my right shoulder but could not feel or move my arm and hand.

I then looked back at Hazel in the sleeping compartment. She was lying there, with some white foam around her mouth. I somehow immediately knew that she was dead. Her eyes were closed; I briefly opened one but it immediately closed straightaway again. I shook her at the shoulder a little but she did not move. I think for a bit I was just lying there, not knowing what to do. I then started shouting for help. I cannot say if it was for 5 minutes or half an hour but at some stage my voice was getting sore. Nobody heard me and nobody came. I eventually found my phone and called 999.

I was very confused and at first not able to give clear information to the operator. I was just about able to say my name and that I believed my girlfriend had died. They asked me where I was but I was not able to remember the name of the camp site. After several fruitless attempts to determine where I was, the operator instructed me to crawl to the entrance of the tent, to open it and to see if anyone was about. I struggled due to the pain in my shoulder and a general sense of numbness. I eventually managed to open the tent and looked out. There was someone walking passed and he immediately called out to someone else, so within a very short period of time time there were a number of people trying to assist me. One was an off duty police officer who I passed the phone to and who communicated the correct location to the operator.

Very quickly the police and the medics arrived and I was moved into the ambulance where I remained on site for quite a while. I was in pain with my arm and very dehydrated, and the time for me passed slowly. A police officer asked me a series of questions and after some time, I was arrested for the murder of Hazel. The officer behaved very kindly and gentle, but I was still completely devastated to think that anyone could believe that I could have harmed the one person in the world, I loved most. But having worked in forensic science for ten years and having listened to what Hazel experienced during her three years as a Scene of Crime Officer, I understood that the action the police took. To them, this would have looked like a domestic incident, maybe drug related; something they see on a very regular basis. Around six hours later I was officially de-arrested. I felt a great deal of relief. I could have never have lived with other people thinking I could have killed the love of my life.

We had lots of plans for the future, including our various projects in our house, a motorcycle trip through South America and to visit Hazel’s friends and family in Australia. We also had a trip to Barcelona planned.

After the accident, I was hospitalised for four weeks, spending two weeks in intensive care and two weeks on the orthopaedic ward. I had been diagnosed with three main symptoms: carbon monoxide poisoning, compartment syndrome in my right arm and a severe impact on my kidney function.

The carbon monoxide poisoning was addressed by placing me in a hyperbaric chamber for two hours at a pressure simulating 30 meters depth in the sea. I had three such sessions during which I was supplied oxygen through a mask. The medical team running the chamber were confident that I should not suffer any severe long term effects due to the carbon monoxide poisoning.

The problem with my kidneys was caused by a protein that was released into the bloodstream from the injured muscle tissue in my arm. I was told that normal levels of this protein were around 110 (I am not sure in what unit this is measured?) and my level went up to over 670. This was treated by up to three intravenous solutions, such as saline, to flush out my kidneys. The protein level reached its maximum after around a week a half in intensive care and then fall quickly to normal levels.

The compartment syndrome was tackled in eight operations on my right arm so far. The first two operations were used to cut the skin from the palm of my hand along the medial part of my arm ending just past the shoulder joint. In the six following operations, the surgeon closed the arm bit by bit depending how much the swelling had gone down. On Thursday the 4th of August, I was discharged from hospital to go back home.

Six month of intense physio- and hydrotherapy (five times a week) managed to restore most mechanical functions of my arm to around 80% of its pre-accident abilities. Unfortunately, like most patients with severe limb trauma, I have developed Complex Regional Pain Syndrome (probably type 2). This condition could have gone away as soon as the damaged nerves in my arm have completely healed, which can take up to 18 months. However, in my case it did not go away. Six and a half years later, it is still there.

In order to function in everyday life, I had to take 27 pain killers per day until 2014, when I had a Spinal Cord Stimulation Implant fitted. This device ‘filters’ out much of the pain sensation and allowed me a reduction to initially 11 pain killers per day, still including on opioid. After my first implant’s battery run out and I had a new one fitted in my 10th CO-related operation, I managed to drop the last opioid medication through a six-week gradual reduction, which left me with very unpleasant withdraw symptoms for days at a time. In total, to date, I have taken over 41,500 pain killers since the accident happened.

Carbon Monoxide robbed me of the woman I loved, has left me with a 70 cm (28 inches) long scar, life-long chronic pain and a determination to try to make camping saver for future generations.